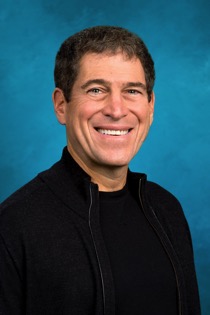 Mark has successfully served as a catalyst for growth in the industries of technology, entertainment and consumer products for over thirty years.  Now, he has translated that expertise into a successful practice enabling CEOs to strategically grow their companies by realizing and leveraging their company’s true, core value propositions into new and multiple revenue streams.  In addition, he has helped his clients restructure their organizations to achieve maximum strategic effectiveness in generating momentum and results.

Before consulting, his track record of corporate leadership spanned the entertainment/consumer products industries including many of the major entertainment companies and studios, as well as successful new ventures in technology and financial services.

While head of Walt Disney Records, Mark capitalized upon his knowledge of the pop and family entertainment marketplace to grow the company’s revenue line from $30 million to $120 million over a five-year period.  He was also intimately involved in the rollout and expansion of The Lion King, Beauty and the Beast, Aladdin, and The Little Mermaid franchises during this time.

Prior to Disney, Mark Introduced high quality music programming for children to America with recording artists such as Raffi and grew the A&M Records children’s entertainment business from start-up to $14 million within five years.  More recently, he held senior level positions at Warner Bros, DreamWorks and EMI.

Mark received his Bachelors of Arts Degree in Communications from UCLA and his Masters of Business Administration in Marketing/Finance from the University of Southern California.

Mark Jaffe is a gifted and talented CEO who has a great balance of understanding the interpersonal communications, strategic planning, logistics and long term vision to make a company successful. He would be an asset to any organization that needs great leadership, vision and execution.

We teamed up with Mark Jaffe of Strategic Growth Consulting to work on ways to jump start our business. His counsel and advice helped us to seize opportunities that resulted in 300% revenue growth in the ensuing twelve months.

I hired Mark Jaffe as a CEO consultant in March of 2007. From the very start, Mark was easy to work with. His approach is very easy going but with the total focus on getting the job done. He held me accountable when I didn't follow through on an assignment…read more→

Mark worked collaboratively with several senior managers within my organization to develop a comprehensive and integrated strategic planning document. He gets right into the heart of what's needed or missing and works with "out of the box" ideas to bring common-ground solutions and implementable tactics to the table. I strongly…read more→

Mark Jaffe's work with my firm has been and continues to be remarkable. He not only provides direction and stimulus for us to indentify our vision & goals, he also provides the tools to realize them after he is gone.

DD Ford Construction
Need to break through to the next level?
Contact Me!
Copyright 2018 - All Rights Reserved
Back To Top
×